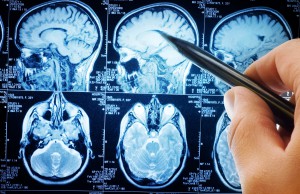 Pre-clinical research indicates that a key mechanism causing brain damage during ischemia is excessive activation of the NMDA receptor on neurons. While NMDA receptor blockers offer neuroprotection in pre-clinical models, this class of compounds has not been successful in large clinical trials in humans suffering from ischemic events such as stroke. Because NMDA receptor antagonists are most effective in the minutes to hours after ischemia, they would best be used as a prophylactic to protect patients at risk of stroke.

We are developing pH-sensitive NMDA receptor antagonists to address these issues. Brain tissue subjected to ischemia undergoes a significant acidification. Our NR2B-specific NMDA receptor antagonists are more potent at this acidic pH and provide “on demand” neuroprotection in the event of ischemia. At the same time, these compounds have minimal effect in healthy tissue, which is expected to minimize side effects prior to stroke or in brain regions not affected by the ischemic event.

Our compounds may provide an effective neuroprotectant to those at risk for stroke. This is an extremely large patient population that includes stroke survivors, patients who have experienced a transient ischemic attack, also known as silent stroke, patients with atrial fibrillation, and many others. Stroke and ischemic brain injury are the third major cause of death and long-term disability in the U.S. While the economic costs are enormous, reaching more than $56 billion annually, the physical and emotional costs to patients and their families are incalculable. 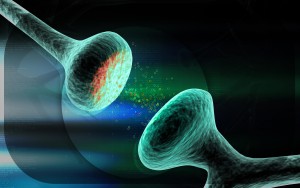 We will initially study our pH-sensitive NMDA receptor antagonist NP10679 as a prophylactic medicine in patients who have suffered subarachnoid hemorrhage (SAH), which comprises up to seven percent of all strokes. Since about half of SAH patients suffer a stroke-like event within 14 days after surgery to correct the aneurysm, drug administration would immediately start after surgery and be maintained through this critical period to improve survival and outcome should a stroke occur. If NR2B-specific NMDA receptor blockers prove safe and effective in SAH, we believe this approach can be expanded to other groups of patients at risk of ischemic brain injury, providing a much needed new therapy to address this serious and costly area of medical need.