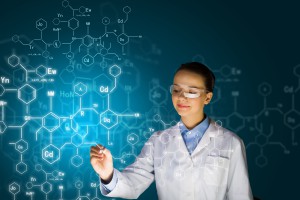 NMDA Inhibitor Therapy
NMDA receptors are activated by the neurotransmitter glutamate, the predominant excitatory transmitter in brain. Several neurological and psychiatric disorders, including pain, brain damage resulting from brain injury, such as subarachnoid hemorrhage (SAH) and stroke, and major depression and suicide, are associated with over-activity of these receptors. Ketamine, an NMDA inhibitor, is frequently used to reduce pain and has more recently shown promise in the treatment of major depression. However, side effects have reduced the overall medical impact of agents like ketamine. New NMDA inhibitors with fewer side effects promise to benefit broader populations of patients. Reduction of side effects could be achieved through enhanced selectivity and disease context-dependent target engagement.

Selectivity
There are four major subtypes of the NMDA receptor. Existing marketed NMDA inhibitors such as ketamine inhibit all four subtypes. We propose that targeting an individual NMDA subtype would provide greater precision of intervention, thereby limiting side effect issues.

Context Dependence
Drugs can be targeted to be more effective under a specific set of conditions or “context.” Certain areas and micro-environments of the brain exhibit an acidified context caused by metabolic insufficiency or increased neuronal activity. Conditions such as these exist in severe pain and SAH and may also exist in certain brain areas that are involved in addiction to nicotine and opiates.

NeurOp’s Technology
Our technology has identified a number of compounds that are selective for a specific NMDA subtype, GluN2B, and have increased potency at lower pH. NP10679, currently in clinical development, is one of these compounds. 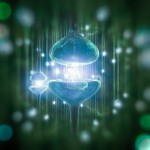 Listen as Dr. Ray Dingledine, co-founder of NeurOp, discusses his work with glutamate receptor ion channels and their relevance for NMDA antagonism and neuron protection. His frequently cited research forms the scientific backbone for NeurOp’s work in pain, childhood epilepsies and SAH.

Listen to this podcast below, “Emory University’s Ray Dingledine.”